From internationally acclaimed New Face of Fiction author Padma Viswanathan, a stunning new work set among families of those who lost loved ones in the 1985 Air India bombing, registering the unexpected reverberations of this tragedy in the lives of its survivors. A book of post-9/11 Canada, The Ever After of Ashwin Rao demonstrates that violent politics are all-too-often homegrown in North America but ignored at our peril.

Inspired by the aftermath of the Air India bombing, Padma Viswanathan ventures into territory people most often wander alone. How do you go on when tragedy strikes? Is there any way to encompass terrifying loss so that the “ever after” is not itself a dead zone?

Ashwin Rao is smart, funny, and perceptive, an Indian psychologist who is gifted at turning the fragments of his patients’ lives into stories that help them heal. In 2004, almost twenty years after the fatal bombing of an Air India flight from Vancouver, two suspects—finally—are on trial for the crime. And Ashwin decides to return to Canada, where he was trained, in order to interview the surviving families. A study of comparative grief, he calls it, pretending to keep his professional distance.

Soon he is deeply embroiled in the lives of one extended Canadian family, whose members have staggered on in very different ways since the bombing, carrying their heartbreak and fear mostly in silence. Talking to Ashwin, they confide their secrets along with the ways they have filled the hole the tragedy made in them. The ebullient and empathetic Seth needed a guru to shore himself up, even at the risk of alienating his beloved wife and daughters; his cousin Venkat, who lost his wife and son in the tragedy, has found darker means. Ashwin, emotionally drawn in and soon privy to everyone’s secrets, digs deep into their stories—until blindingly we realize that he himself is a survivor as fascinating as any of his subjects.

Padma Viswanathan cracks Ashwin’s reserve, imagining the unexpected emotional and political consequences of this real-life act of terror, showing in her wonderfully textured, sometimes even joyful novel what people can live with and what they can live without.

“This new book is the best kind of political novel: the kind that doesn’t force you to constantly notice it’s a political novel… Viswanathan has written an important book – one that deserves to to find international recognition.” —J.C. Sutcliffe, The Globe and Mail

“Through characters hewn with great empathy and grace, writing whose brilliance illuminates every page, and a story that constantly compels and surprises, Padma Viswanathan explores hugely ambitious questions of loss, identity and faith.” —Manil Suri, author of The Death of Vishnu and The City of Devi

“Viswanathan’s intricate and empathetic tale deftly reveals the cultural rifts of immigration, post-9/11 politics, and conflicts of faith exposed by this real-world tragedy and its lasting reverberations.”—Booklist

“It’s powerful work, and the book as a whole imbeds the reader in the glacial pace of both grief and justice.”—Kirkus

“Viswanathan tackles the story with great empathy and a journalist’s attention to detail… [P]rovocative and compelling.” —Chatelaine

“The Ever After of Ashwin Rao is an intrepid novel, its sadness leavened by a wry humour.” —David Bezmozgis, author of The Free World and The Betrayers

“Ambitious… Vivid…The Ever After of Ashwin Rao does surprise, especially with an ending that finds redemption for the works-in-progress that constitute our lives.” —Piali Roy, Quill & Quire 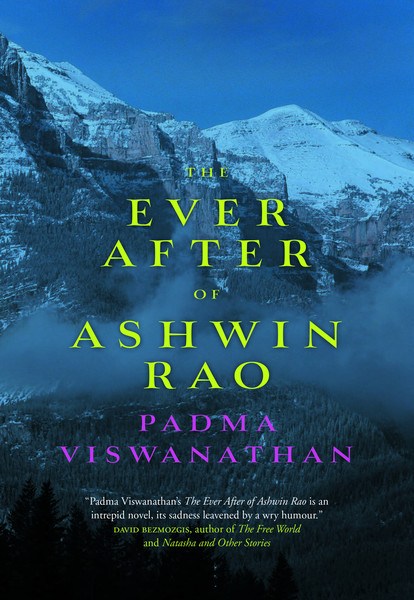